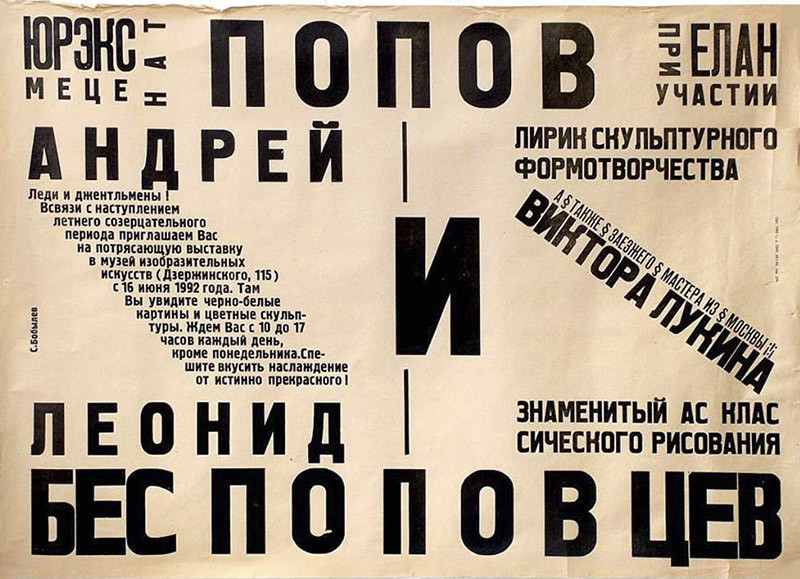 Exhibition of posters created by Sergey Bobylev independently and in co-authorship with Vladimir Krichevsky in Stavropol (Russia). Posters had been printed in Stavropol Regional Printing House in the 90s. Hand-assembled, high print. There are originals from the collections of Alexander Kolbasnikov and Vladimir Krichevsky.
Curator: Roman Vasiliev

“I did my best to contribute to the poster art at the very end of the USSR, at the 90s. It was two and a half dozen posters, mainly for real cultural events, made in the workshop of manual set of Stavropol Regional Book Printing House. ⟨...⟩ Vladimir Krichevsky once joined me — he wanted and couldn't find a chance to try it for a long time — and we made three posters for the Drama Theater in a week, which were then published in one Dutch magazine. I really appreciate that experience. After that, the behavior of any letters on any media is perceived quite differently. Because there I touched the origins of typography expressiveness, the nature of life of letters in space.”
Sergey Bobylyov, fragment of the article “Poster of the epoch of socialism”

The article of Vladimir Krichevsky about this project: https://medium.com/the-typography-nerds-club-of-stavropol/как-и-почему-мы-делали-афиши-de5103716909 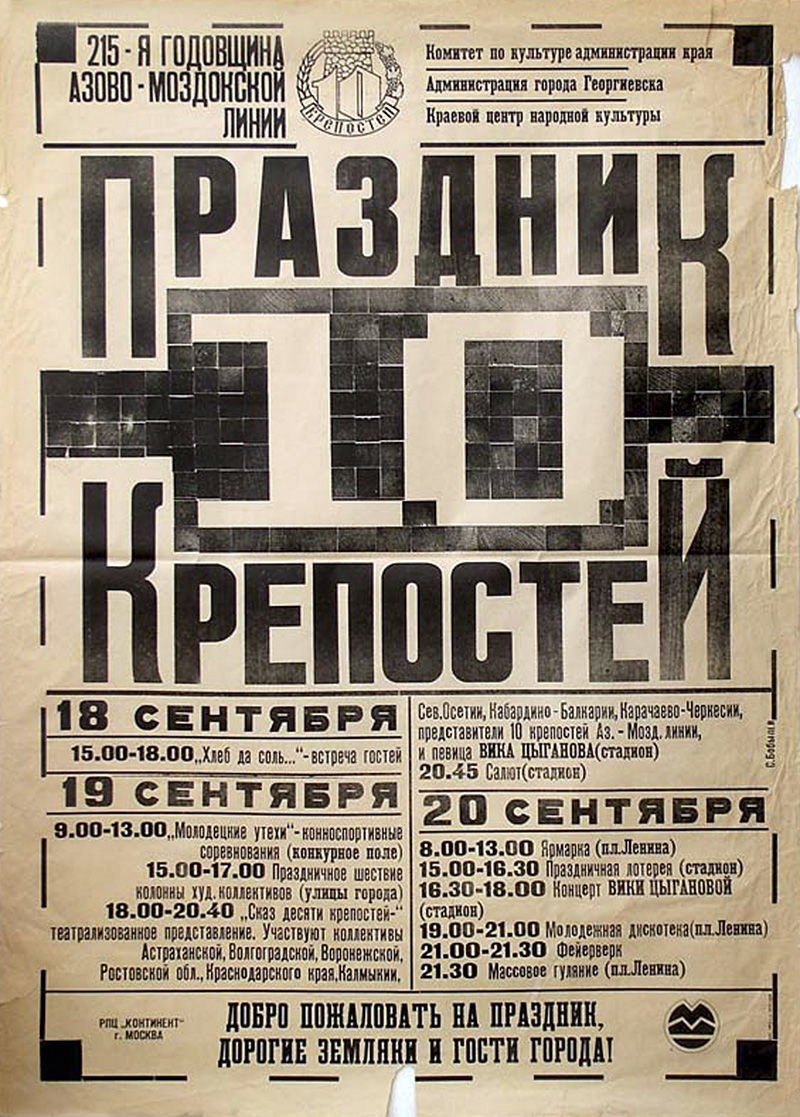 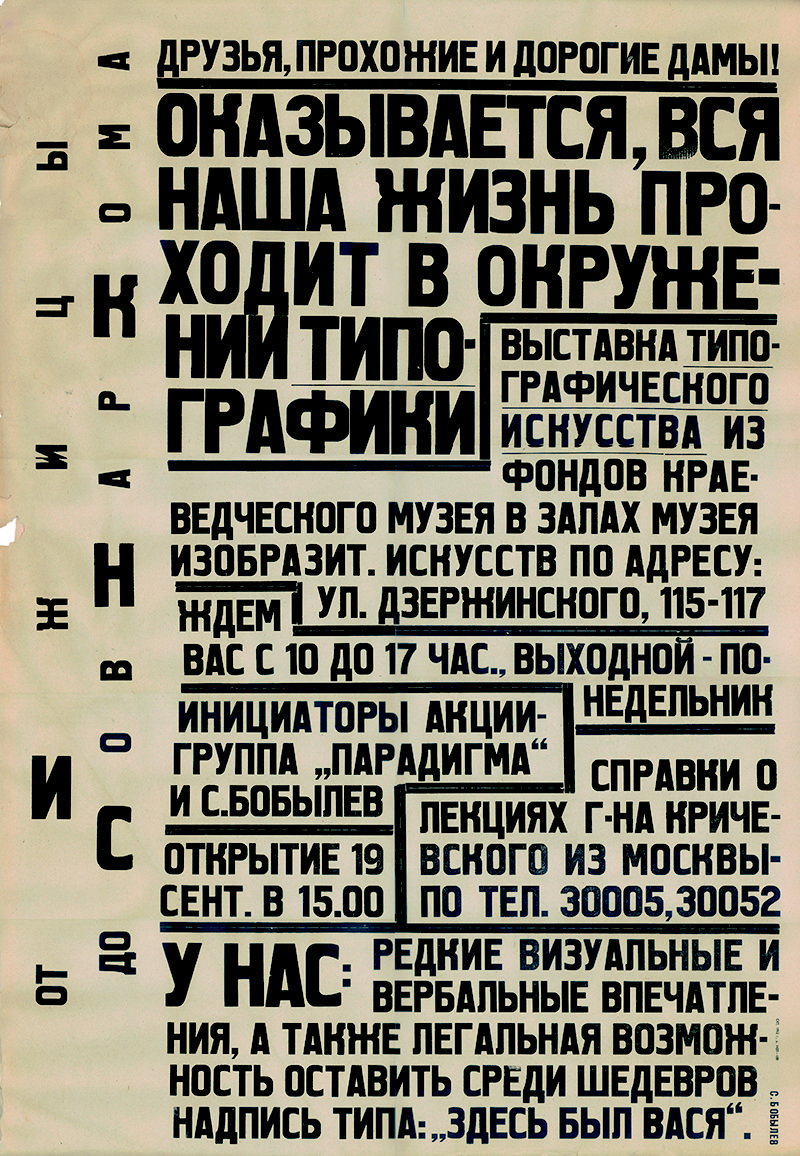 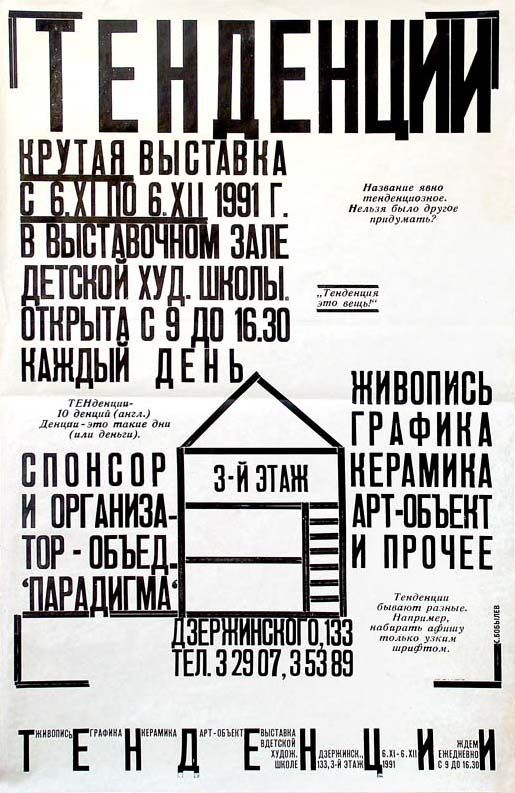 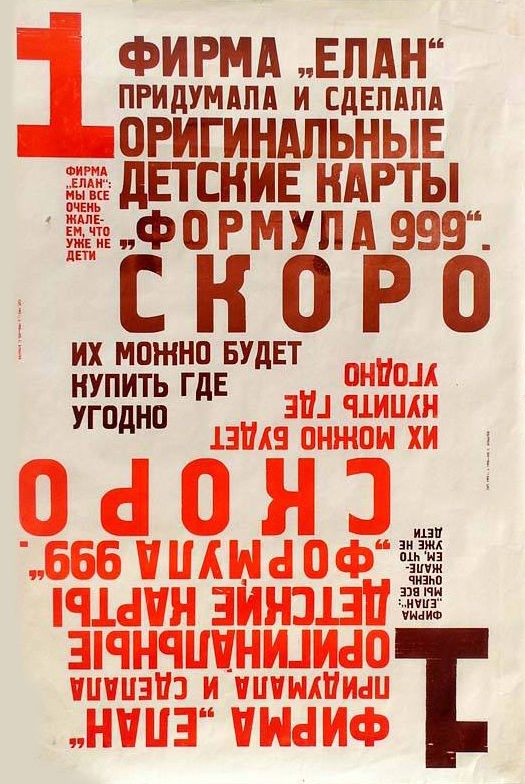 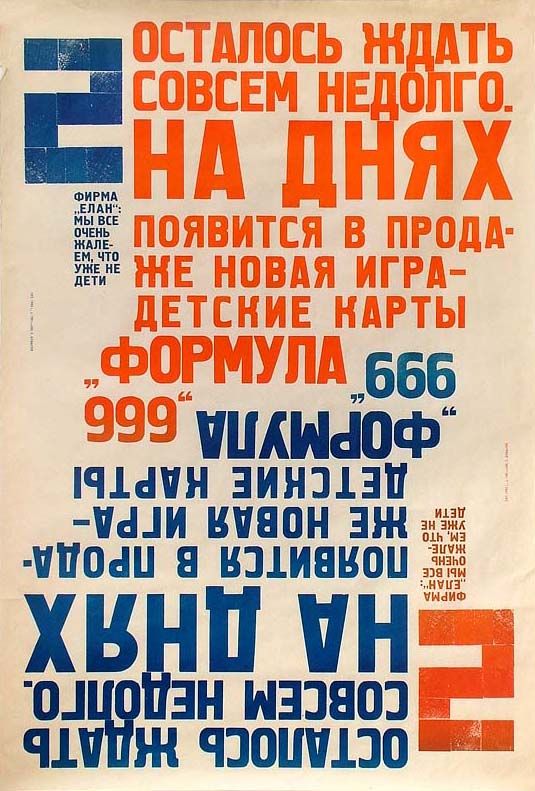 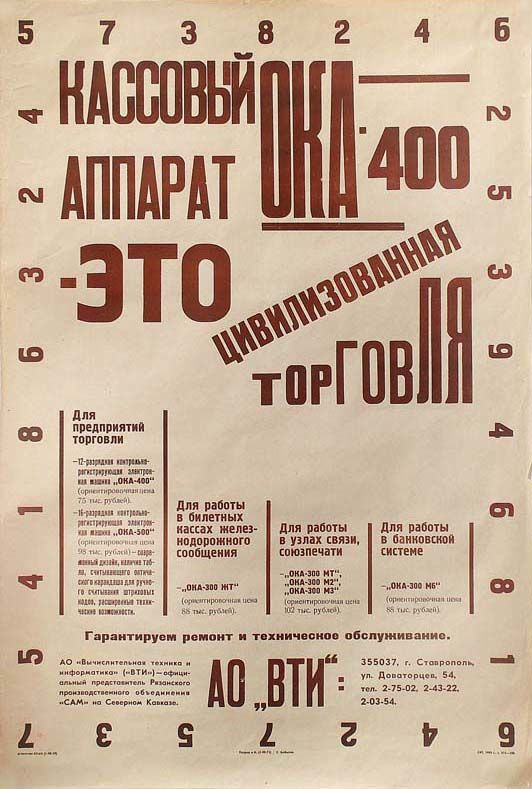 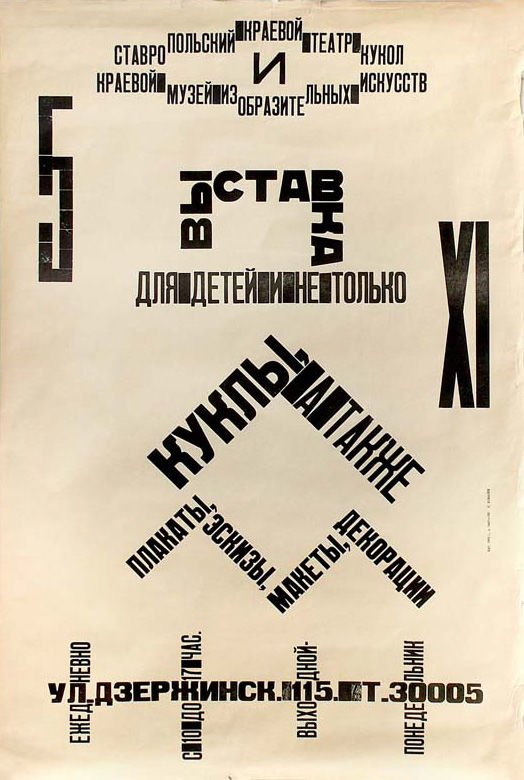